in association with Bluebell Vineyard Estates

A series of relaxed dinners hosted by Andrei Lussmann introducing the best of British at the Lussmanns table. Producers, farmers and industry experts join Andrei to share knowledge and stories about the wonderful and ever-evolving landscape of farming today.

Book and enjoy an evening of either top-draw English sparkling, best of British beer, award-winning Regional farmhouse cheeses or locally-produced organic meat from field to fork.

For details of the evening, please see below dates for more information;

Price – as above per person incl. VAT

Set amidst bluebell-strewn woods from which the vineyard derives its name, Bluebell Vineyard Estates is an award-winning vineyard and winery in the heart of Sussex, on the edge of the Ashdown Forest.
Since our first plantings in 2005, we have been driven by the desire to produce still and sparkling wines that can rival the best in the world, and we work meticulously from the ‘grape to glass’ to achieve this. The Estates span a total of 100 acres and grow ten grape varieties from sparkling varieties such as Chardonnay, and Pinot Noir to still varieties such as Bacchus and Chasselas. 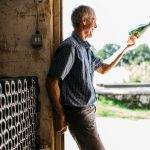 Kevin was born in New Zealand and moved across to the UK in 1988. He arrived with no prior viticulture experience and launched himself into learning the craft of winemaking with a practical and hands on approach by working at several vineyards including St Georges Vineyard in Sussex and also Plumpton College, a land-based college with the country’s leading wine division.
Kevin joined Bluebell Vineyards Estates from year one in 2004 and is responsible for all the original plantings at the vineyard and the infrastructure of the winery. He is dedicated to producing ‘fruit-forward, aromatic, quality wines’ and this is reflected in his achievement of over 50 recognised wine awards. 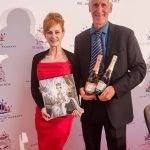 Alice is Bluebell Vineyards Estates Cellar Door and Marketing Manager. She has a background in Agriculture studying at Newcastle University before going on to lecture in Biosciences and Nutrition in Newcastle at Kirkley Hall College. Alice discovered a love of English wine after moving to the South and discovering the vineyards of the Southeast and the rapidly growing English Wine industry. This passion was developed and furthered by joining Bluebell in 2021 as Cellar Door Manager.
Alice is an advocate for English wine and supports it via her popular Instagram page offering insights into English Viticulture. 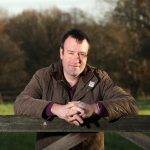 Stuart is the Former Deputy President of the National Farmers Union. He is a third generation arable and livestock farmer who has also worked for Defra and the Food Standards Agency. He has also held senior management roles within the meat supply chain.

Stuart currently farms 120 hectares in Harpenden and is an advocate for both sustainable farming and creating food supply chains that brings farmers and consumers much closer together. Stuart is also currently assisting the Liberal Democrats develop their portfolio of food, farming and environmental policies. 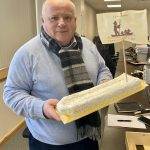 My family roots are mostly in Normandy, and I remember that a Camembert was always on the table in the evening. Now and again, another cheese would be present, but always from Normandy, French people have very strong regional cultures and allegiance.

For the past 20 odd years , my work with chefs and restaurateurs like Andrei has been to first know who is behind each cheese, a person, not a machine, and champion seasonality

After all, cheese is milk, source of life.

Roger is one of the world’s leading beer writers and tasters.
The author of more than 20 books on the subject, including 300 Beers to Try Before You Die, he edited The Good Beer Guide from 2000-2018, has been named Glenfiddich Drink Writer of the Year award twice and received the first-ever Lifetime Achievement Award from the British Guild of Beer Writers. 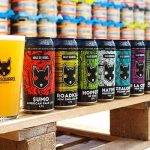 We are Mad Squirrel – a forward-thinking, contemporary brewery based just outside of London at the feet of the Chiltern Hills.

From humble beginnings in 2010, we have continuously grown and evolved, often in unexpected ways. But always with a boundless enthusiasm for quality, an inquisitive approach to flavour, and a restless desire to better ourselves.

Tring Brewery is an independent microbrewery based in Hertfordshire, established in 1992 by Richard Shardlow. Tring Brewery’s second director, Andrew Jackson, joined in the year 2000 as him and Richard set about crafting what is now our flagship beer, Side Pocket for a Toad, named after an old Hertfordshire phrase for ‘something useless’ i.e. chocolate teapot!

At Tring Brewery, we are proud to produce beer that has been inspired by home-counties folklore both through namesake and imagery, crafted with premium hops and malted barley, blended with Chiltern Hills water before finishing with our signature house yeast strain. 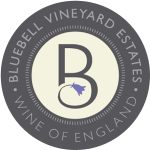